Follies of having Ballies

The penis. I like it a lot. They come in all different shapes and sizes. Easy enough to operate. Some work better than others of course. I find it's nice to have one around when you want it but wouldn't want to necessarily own one. As a girl, I did however find it fascinating how much pain could be inflicted on a boy via the 'privates'. Yes I was a nasty sadistic thing. But in my defense, I didn't understand or maybe even believe that it was as painful as you boys said it was. However, in hindsight, I don't feel so bad about it because guys like sacking each other more than girls ever liked sacking boys. If you don't believe me, just watch Jackass. So during a large part of my elementary school career I kicked, kneed, smacked, punched and once even poled (yes poled ) many a prepubescent package. 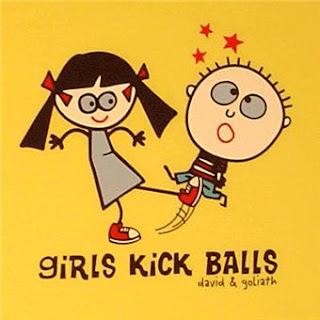 The point of all this is that I always found a guy getting hit in the nads...hilarious. Yes it's true that it was always a good threat in the school yard. It can be used both offensively and defensively. But when it came down to it getting someone below the belt made me laugh. And I continued to inflict pain and laugh until I experienced two things that resulted in the same end. Now I don't remember which one happened first but I have equally clear memories of them both.
I had and awesome bike with a sparkly green banana seat. This bike was great for riding someone double. They could sit on the seat with you, back to back, and hold on to the end of the banana seat for balance. I think it may have even had a place to put your feet so they didn't dangle.

One day after school, I stood straddling my sweet ride, loosely holding the handle bars while I waited for my friend L. We were probably going to hang out at her house. Or head down to the corner convenience store to buy some salt and vinegar chips or cheese corn or a Chunk. Do you remember Chunks? A big hard square of wonderful chocolate? That convenience store is closed now which makes me a little sad. But I digress. Anyway L knew we would be riding double so she grabbed that seat handle and yanked the bike backwards...hard. Usually this wouldn't have been a problem but she didn't warn me that she was going to do it and it caught me off guard. It also caught me right in the 'button'! When she yanked that bike she also yanked the gooseneck of the handlebars right into my crotch. I'm pretty sure I fell over sideways. I may have fallen over still holding onto the bike. It hurt like hell. And I had a large angry bruise on my cooch for close to a week.

During my reign of terror, one boy got tired of the whole 'girl kicks boy in the nuts-boy falls down in pain-girl laughs' thing and decided to teach me a lesson that I have never forgotten.

His name was Adrian. I think he was my most recent victim.

I don't know why I kicked him that day but the moment he caught his breath he quickly retaliated with a very swift and powerful knee to my crotch.
"How do YOU like it?!" he yelled.
I didn't.


I stopped hurting boys that day. I started empathizing with them instead. But I never stopped thinking it was funny. I just don't think that stuff ever gets old. 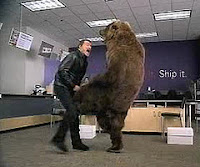 What? Not funny enough?